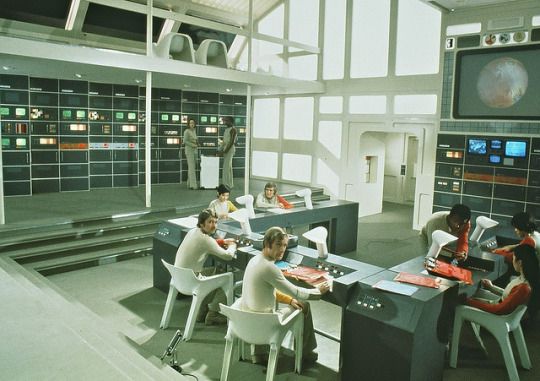 The author of the extraordinary scenography of Spazio 1999 was Keith Wilson.

The Canons of Sustainable Architecture and Urbanism,