The representation sedan Fiat 2800 of 1938 the first Fiat with the new pointed front portion, the “musone” nose.  The limousine continued in production until 1941.

In the war years the Fiat 2800 was a sign of class and dignity, and was driven by the Italian elite, the King Vittorio Emanuele III and also the Pope who all availed themselves of the large Fiat.

In 1939 a variant appeared of the Fiat 2800 with a shortened (3.0 m instead of 3,2 m) and strengthened chassis and with larger wheels than open vehicle for the employment in the colonies and with the military. This model continued in production until 1943, with one last one being completed in 1944.

These custom made vehicles were only made for the general staff of the Italian military. 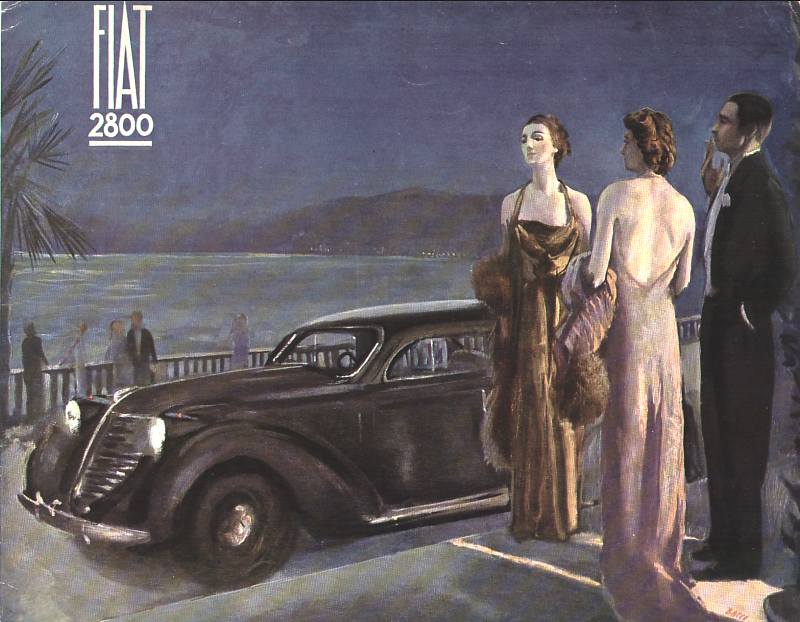 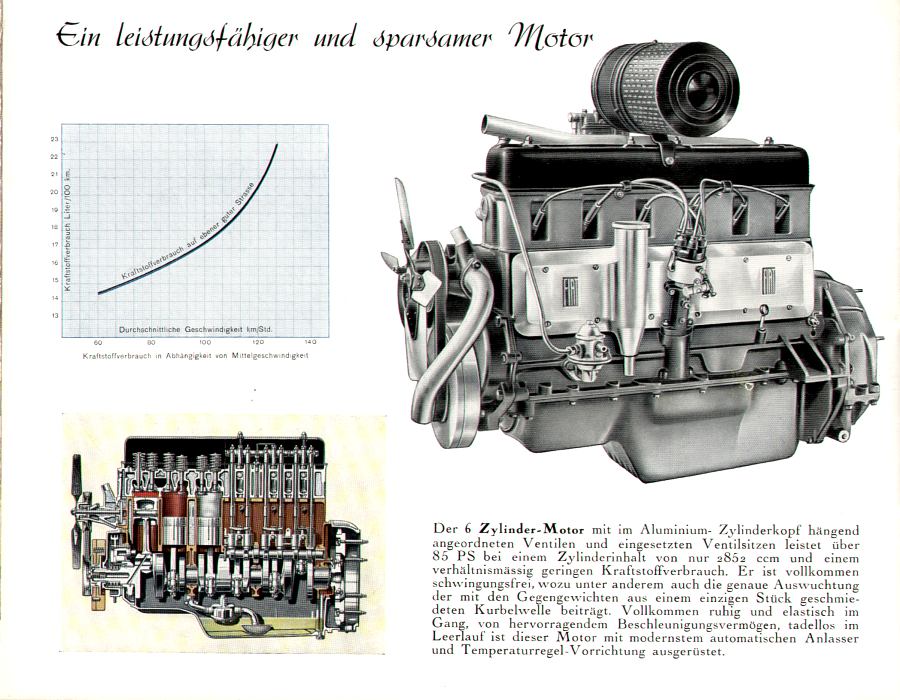 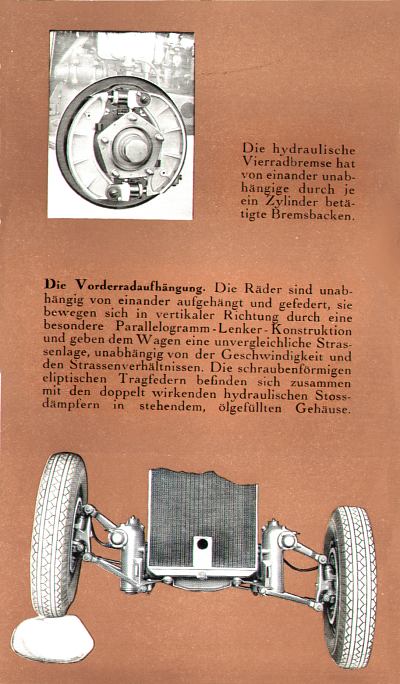 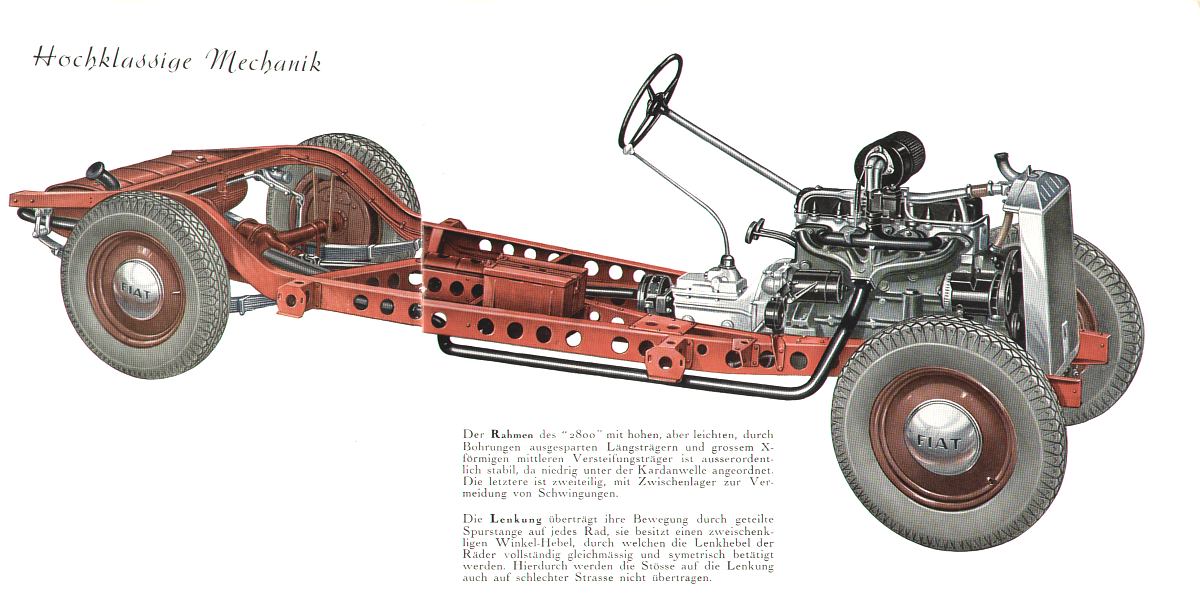 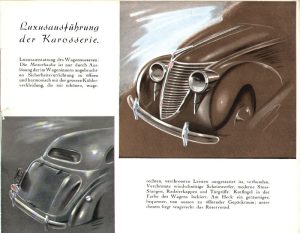 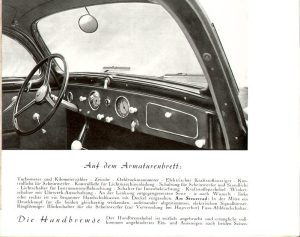 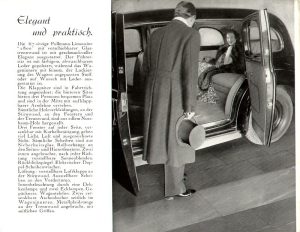 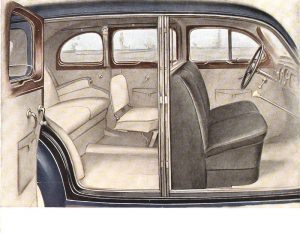 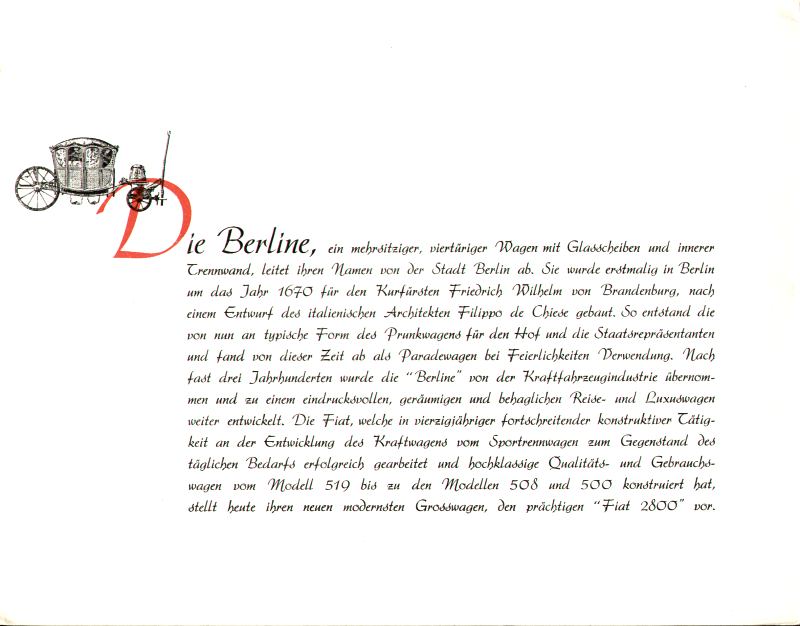 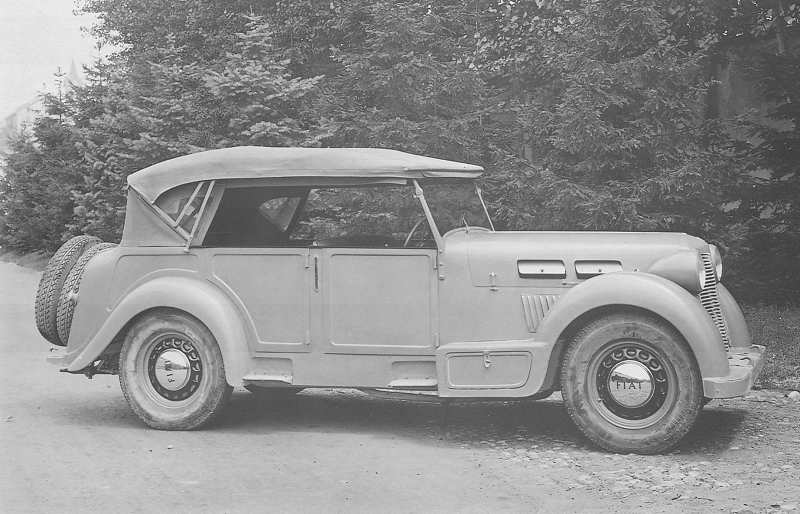 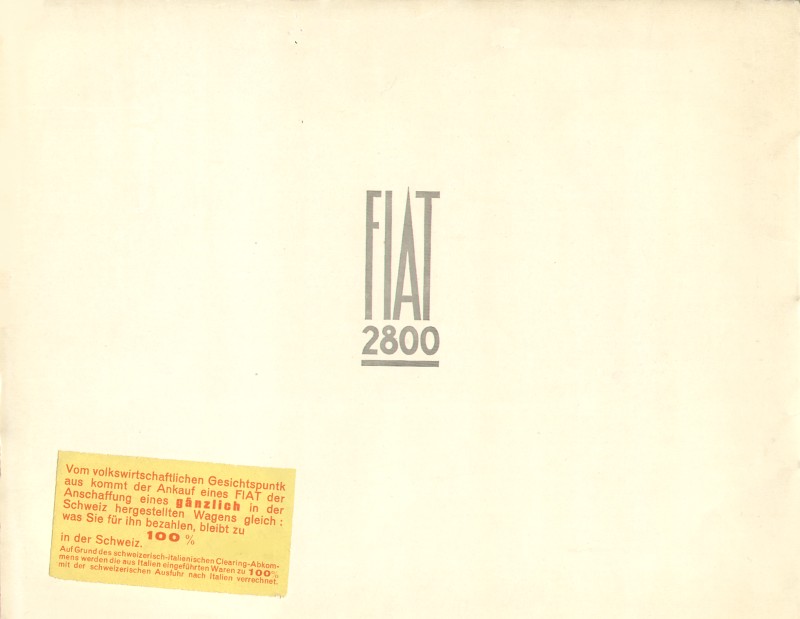